Honouring Prudence Nobantu Mabele 1971–2017, the South African activist who fiercely advocated for the rights of women and children living with HIV.

Dr Susan Paxton remembers her dear friend of over 20 years and shares with us the unrepeatable miracle of woman that is Prudence.

Prudence Mabele’s death is the loss of one of our greatest activists.

On July 10th, the news of the sudden death of Prudence Mabele in South Africa at the age of 45 from pneumonia, shattered the international HIV community. For over 20 years, Prudence was the most dynamic, outspoken, flamboyant, fearless and at times outrageous HIV activist. She was a woman who changed the landscape in South Africa, and a very dear friend to me.

My son and I met Pru in Capetown in 1995. She was running the childcare at the Global Conference for people living with HIV. Pru chose not to have children after her diagnosis, because of fear of her own future. Instead she adopted them everywhere she went. Whenever we met, she would ask “how is my son?” At that time Pru was only 23 and I was almost 20 years older than her, but we clicked and became lifelong friends. We recognised in each other the same passion; a desire to ensure other women would be given the tools to live positively with HIV and to fight HIV-related discrimination.

Pru was diagnosed with HIV in 1990 at the age of 19. Two years later, she was the first black woman in South Africa to go public about living with HIV. At the time, she was studying Medical Engineering and the university forced her to change to Electrical Engineering because of fear she might transmit HIV in her work.

Finding little support for people with HIV, in 1994 she co-founded the National Association of People living with HIV and AIDS. Then in 1996 she co-founded the Positive Women’s Network, and she worked tirelessly with them until her passing. Pru also helped start Treatment Action Campaign once ARVs became available, and she was President of the Society for Women and AIDS in Africa. Prudence was an inspiration to women living with HIV.

She lit up any room and connected with people around her. She was fiery when she demanded women’s rights to adequate reproductive care. She raged against violence and rape of women and children, and developed an art installation of bloodied women’s underpants. The installation artwork provoked shocking reactions. Pru crusaded to stop the war on women’s bodies and over the past decade she became a strong voice for the LGBTQI (Lesbian, Gay, Bisexual, Transgender, Queer, Intersex) community.

Prudence was a force to behold: fiery, loud, argumentative, determined and vibrant. She was also a woman with an endless amount of compassion, tenderness and understanding for her peers.

About 15 years ago she listened to her spiritual side, which was calling her to become a sangoma, or what we know as a traditional healer. She trained, and immediately came into conflict with other traditional healers who believed as a sangoma she should not take her HIV medication (ARVs). Pru fought that battle like an Amazonian woman. The other healers brought placards to public events that spoke cruelly of her, and yet she kept on speaking out about the need for modern and traditional medicine to work together. Her beliefs and vision changed the attitudes of sangomas and their clients throughout the country.

I last spent time with Pru in Johannesburg in 2014. I was so proud to see her in her own house. It was a tranquil haven away from the office that was beautifully decorated with wood carvings and art work she had collected over the past twenty years.Outside she had converted the garage into her healing room, and there she saw clients. Our time spent together every two or more years always related to HIV meetings or conferences. We had talked about the lack of support for positive women leaders and the need to take time out to recharge. So this time, I insisted that Pru took time off and I managed to drag her away from the office for a few nights and visit Lesotho, a tiny country within South Africa.

We had four days in the mountains, chilling out, horse riding, chatting incessantly. I feel so very lucky I insisted on that time out together. Since news of her sudden death I feel life has turned still.

If this story has impacted you in any way, please contact peer support via info@positivewomen.org.au. 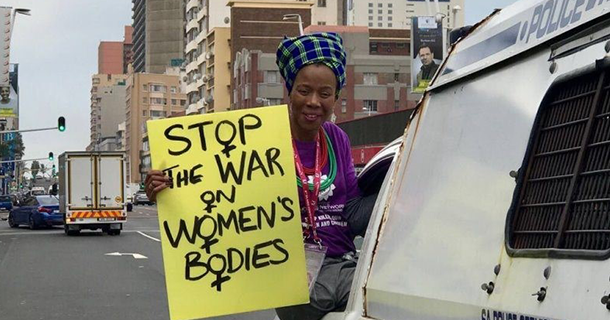