A very joyful story of single motherhood via IVF

PWV member and board director Emma, shares her story of single motherhood via IVF.

I’m sharing my journey to motherhood, because it is important to know that in the healthcare system, sometimes, we have to fight for what we want.

I was diagnosed with HIV four years ago. I have known for a very long time I wanted to be a mum. Unfortunately, I never just settled down with the right person to have that dream ideal of marriage, mortgage and babies. I found very quickly, dating with HIV was daunting and a bit harder with telling someone my status. So, I decided to take a step sideways into a different path: single motherhood via IVF.

To do this, I needed a sperm donor. But when I was looking through the donor profiles, something in me just couldn’t settle on one of the profiles. Don’t get me wrong, there were some amazing profiles. But something about them just seemed not quite right for me. I want to stress that so much; it just wasn’t the right fit for me.

I found a positive sperm donor
Thankfully, an amazing friend I had made in the positive community had always wanted to be a sperm donor, but couldn’t because of his HIV status. So we decided surely it shouldn’t and wouldn’t be a problem in this day and age of effective HIV treatments. And even though we were both positive, we were both undetectable. I asked my IVF specialist, who was absolutely fine with it. Super supportive actually.

Opposition in the healthcare system
But the Infectious Disease pregnancy specialist and the Board at the IVF clinic where not.

Turns out there was a section in the Therapeutics Goods Act 1989, under all donations of bodily tissue and fluids, that anyone who is HIV positive could not donate any bodily tissue, which includes reproductive tissue.

So I emailed the Victorian government’s Health Minister asking them to find out what can be done to help me. I got some lovely emails back from a staffer in the Health Minister’s department saying she would look into it for me.

Support from the Health Minister
I got the call on my way to a training course with PLDI (Positive Leadership Development Institute). It was the call that I had been hoping for. The staffer advised the Therapeutics Goods Act had been very recently updated, in January 2019. The changes meant that HIV positive people could now donate reproductive tissue. They sent me the updates and I took the document straight to the IVF Clinic. 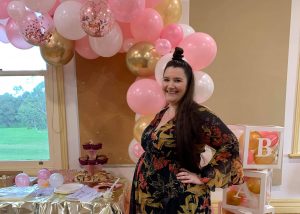 Pregnancy success from IVF
So now three years into this process; three cycles into the IVF and I’m FINALLY Pregnant with a little girl. She is due in July 2021. By the time most of you read my story, my little girl will most likely be here enjoying the cuddles of the many amazing people within the positive community.

I am so glad I, and my amazing donor, took this journey together and fought for what we believed was our right. I’m also so glad that I had such an amazing friend by my side that was willing to be my donor. He is already and will continue to be such an amazing influence in ‘little miss’s’ life. Being able to give her that piece of herself (the knowledge of where she came from and who she is related to), for me, was what was missing from the anonymous donors through the IVF clinic.

HIV positive sperm bank opens in New Zealand
Right after my first IVF cycle, the world’s first HIV positive sperm donor bank, Sperm Positive, was opened in New Zealand. And they have now had a few women use their service. This is such a huge step forward for our community. I hope that Australia can follow suit soon and take donations from HIV positive men as well, because there is a shortage of donors.

I have since sent emails with the new updates to the Therapeutics Goods Act to multiple IVF clinics in Melbourne. I hope they make it easy for anyone in future who wants to use a known donor who is HIV positive. But what I really want, is for women within the HIV positive community to know that it is possible. And to fight for what you know is possible. 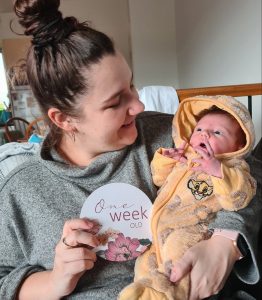