I recently attended the NAPWHA (National Association of People Living With HIV/AIDS) National members’ Forum in Sydney where I met the new PWV Health Promotion Officer Christabel and was invited to write an article of interest.

My first thought was how excited I was that we had so many women, five positive women in total, attend the NAPWHA Forum. This was combined with a main agenda item, a workshop called “Women and HIV”. It was highly rated amongst the audience as an interesting and popular topic in the national evaluation. After the workshop it was an easy decision to write about one of my main passions; that being the incredible diversity and resilience of women who live with HIV.

When HIV first entered my life uninvited in 1987 my son was 4 years old and I was diagnosed HIV positive and pregnant at the same time. Three decades later that raw emotion remains vivid as I believed then I was the only woman in Australia who was HIV and pregnant. I will never forget the overwhelming sense of isolation that follows. Luckily today, with the availability of HIV treatments and long lives ahead of us, the story can be different. However the deep emotional impact and a sense of grief is something we can still feel. Loss and even regret can remain.

In Australia women living with diagnosed HIV represent around ten percent of the HIV population. These numbers are considered relatively small when compared with the rest of the world. Femfatales, as the NAPWHA National Network of Women Living with HIV are active participants in national leadership and advocacy roles.

We are committed to supporting women having a central role in the HIV response. As women we know how to communicate and network very well. We are committed to collaborative partnerships and to making sure that the issues most relevant to women are heard and acted upon at a national level.

Women Living with HIV are demographically diverse and numerically marginalised. My personal passion stems from the inspiration and wisdom passed on by women before me, women who have sadly passed and women who are recently diagnosed.

I’m dreaming of the time when my grand-daughter can talk about her nanny who lives well with HIV without negative stigma or inaccurate information. I’m working to break down the harsh myths that can affect a community and make them think that it is okay to stigmatise.

I strongly believe that all the past and present women who have engaged with Femfatales or within their own State and Territory peer-based community organisations are women who are “bold for change”. Women who relentlessly continue to share their voices, stories and journeys in the hope of encouraging and inspiring other women help to keep me advocating. Each year during International Woman’s Week, Femfatales celebrates March 9th as the National Day of Women living with HIV. Please join with us next year as we aim to highlight and value the contribution that all women living with HIV make to society. By standing united we can enable everyone to “Celebrate, advocate, inspire and empower all woman and girls living with HIV.” 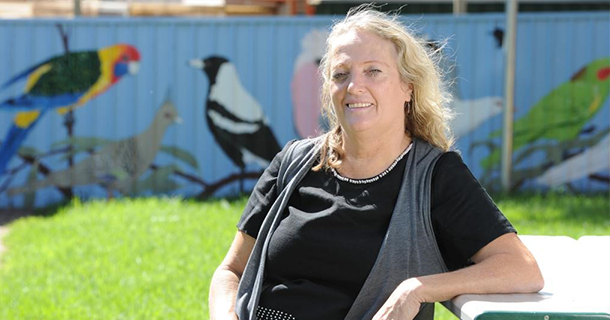 All News and Updates