(this story was published in the Autumn 2022 edition of PosLink, the newsletter of Living Positive Victoria and is kindly re-published with permission)

“I know what it is like to be embarrassed of living with HIV and surrounded by all of that stigma” Chrissie told me when we were introduced last month. “I just couldn’t open up.”

It’s a common experience for women living with HIV from African heritage in Australia, made all the more clear to Chrissie when she realised a colleague was going through the exact same thing last year.

“They cannot share their story. They didn’t want anyone to know. But at the same time when we are not sharing, others do not know about HIV.”

Christabel or Chrissie, as everyone calls her, came to Melbourne in 2009 from a small mining town called Hwange in Zimbabwe. She is a mother of two and since completing her social work degree, she has worked in disability and family violence support and prevention. 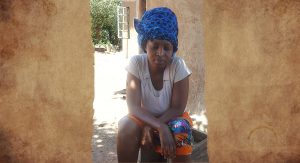 Chrissie while she was visiting family in Zimbabwe (photo: supplied).

Chrissie is also living with HIV, and has recently discovered that she can be a fierce advocate when confronted with ignorance and stigma.

“I realised that people from my culture didn’t know the difference between HIV and AIDS. When they are talking about someone living with HIV they say, ‘oh they have AIDS.”

Hearing things like that made Chrissie want to educate people about living with HIV. “People with HIV are human. It’s not that they have been promiscuous. There are a lot of myths.” Originally, she started connecting people to resources. Last year, she started a Facebook page.

Since May 2021, Stop HIV Stigma has attracted over 2, 300 followers. Regular posts aiming to educate and dispel common myths about HIV received hundreds of likes, comments and shares.

One of the things that motivated Chrissie to create Stop HIV Stigma was seeing gossip posted in online groups for women from her community. She remembers one comment which read, “don’t date that guy, he has AIDS.” Having been in a similar situation, the comment hit her personally. “People may not understand how upsetting it is for people living with HIV to see posts like that. They have told you that in confidence.”

Although it is stigma that enables this kind of behaviour, the experience also made Chrissie realise that part of the problem is that many people have little or no knowledge about HIV.

Today many HIV positive people who get started quickly on ART live a normal long productive life like people who are HIV negative. Not everyone who has HIV will get AIDS.” More recent treatment advances, such as treatment as prevention (U=U), PrEP and the safety of COVID-19 vaccines are also promoted.

U=U is one of the topics Stop HIV Stigma regularly posts about, reminding followers that people with an undetectable viral load cannot transmit HIV.

It was important to Chrissie for the page to target everyone in the community. Peer support groups, like those run by Living Positive Victoria or online networks like The Institute of Many (TIM) provide a safe space for people living with HIV to connect and support each other. Following or liking Stop HIV Stigma does not identify you as HIV positive. Chrissie’s hope is that as a public group, Stop HIV Stigma builds a supportive network around people living with HIV that includes their HIV negative friends and family. Having a page that is open to everybody breaks the stigma and “helps people living with HIV to understand that they are not alone,” she said.

Towards this aim several posts provide guidance about how to address HIV stigma and support friends, colleagues and loved ones living with HIV.

“Sharing your story and listening to someone else’s story can lighten the burden. Showing empathy and understanding helps create change for yourself and your friends” reads one post inviting followers to start conversations about HIV.”

“If you hear people referring to someone who is HIV positive as having AIDS, correct them. Educate them.”

While Chrissie was inspired to start the page because of the low level of awareness she saw within her own community, it is also clear to her that misconceptions about HIV persist at a

woman living with HIV, both in healthcare settings during the pregnancy of her second daughter and the responses of her white friends when she has told them about her HIV status have shown her that many people in Australia still think that HIV will make you sick or unwell.

The positive response the page has received from African Australians gives Chrissie hope that many more people across Australia and internationally will join the group. Since starting the page she has received messages of support from people all over the world as well as people sharing their own stories in comments and posts.

The journey of creating the page for Chrissie has also been one of conquering her own fears. “When I started the group, I was really scared.” Having dealt with stigma in the past, she did not know what kind of response she would get speaking to the whole of the community, including HIV negative people.

Since then, many people living with HIV have come to Chrissie for support. She remembers one woman who messaged her who felt desperately isolated by her diagnosis. “She is terrified to share her HIV status with her family because she constantly hears her family talking about HIV in a very negative way.” One thing she wants people to know is that if you say something stigmatising about HIV there is a good chance someone you know, a friend or family member living with HIV, might hear it even if you don’t know that they are positive.

Chrissie is a mother of two and has been living with HIV for 22 years. You can find out more and follow Stop HIV Stigma here. 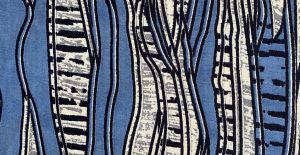