Back in 1999, I was looking death in the face. I didn’t think I would see my son finish primary school, let alone be around for over 20 more years. I had gone through the ‘normal’ trajectory of a person who had lived with HIV for ten years: my CD-4 T-cell count was down to 50 cells per cubic mm and my viral load was over 4 million particles per ml. That was the year I started taking anti-retroviral medication, began to return to ridiculously good health, and survived the HIV pandemic that had killed so many people I loved.

Soon afterwards, I ran in the Sydney Olympic Torch Relay, went public in the media and completed a PhD. I began to work extensively in Asia and the Pacific as a public health consultant to governments and NGOs, United Nations agencies, and networks of people living with HIV. I conducted peer-based research into discrimination against people living with HIV and assessed HIV programs in many countries. I also conducted training in human rights, public speaking and facilitation skills. This was an exhilarating time in my life. Once again, I was part of the changes I wanted to see happen in our region. After years of depleted health, I was productive, energetic and able to relish life more fully than I had been able to for so very long. 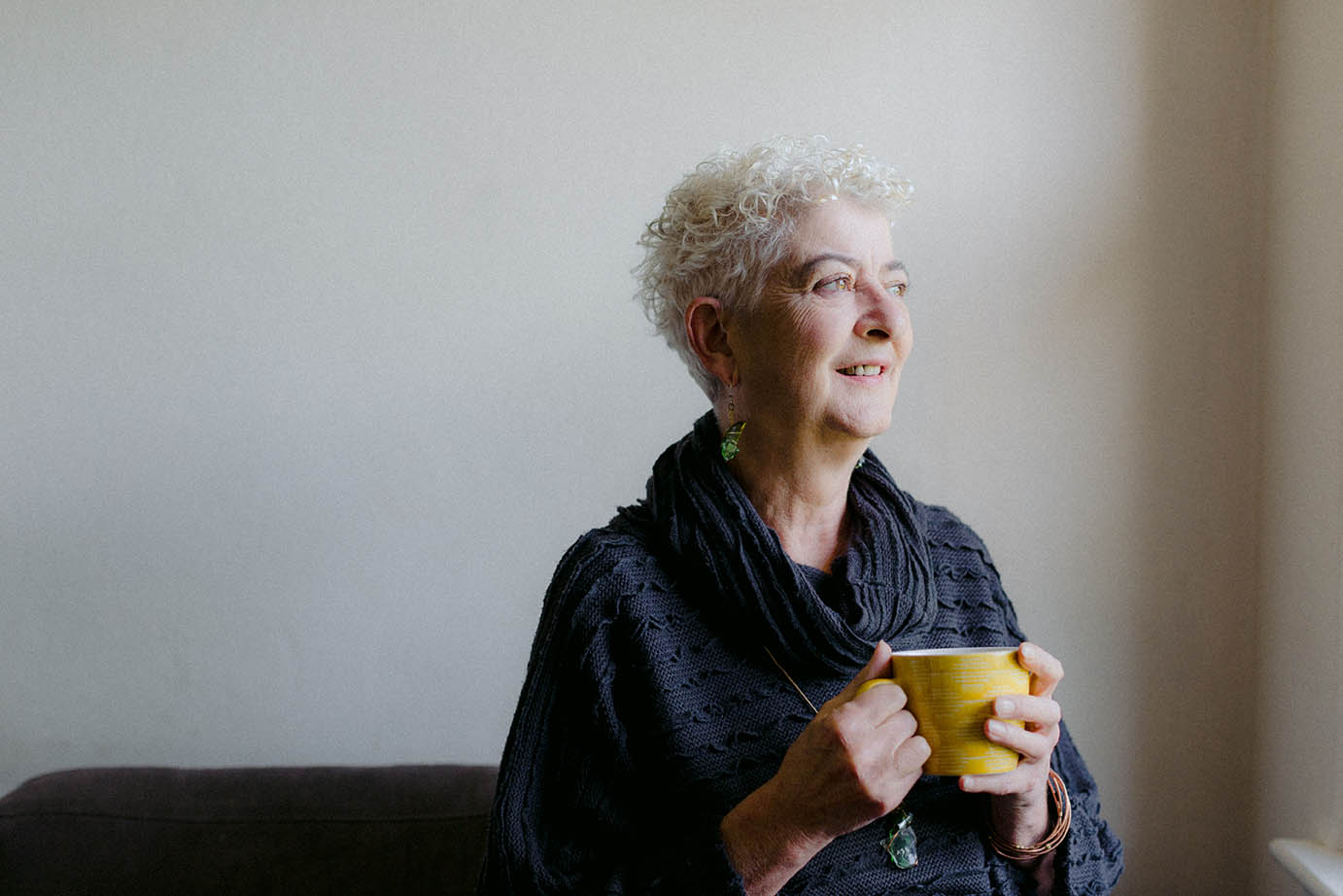 A few years ago, I retired from formal employment, my son left to work in London, and I anticipated the next years filled with painting and travelling to visit the friends I have made around the world. And then 2020 hit us.

How many of us living with HIV ever imagined that our entry into the second decade of the second millennium could be so dramatic? In February, my son arrived in Melbourne to visit me (how lucky was I?) and on the drive from the airport he was shocked to see the reddish-brown smoke that lingered in the air after the bushfires that marked our apocalyptical entry into 2020. Covid-19 was just making news and I realised it would impact my life and the lives of millions of people around the world. I told my son I would need to hibernate for the winter and I began to stock up my cupboards with protein-filled goods such as baked beans and tuna.

Although I knew, intellectually, that a global pandemic was about to be unleashed, and I had to protect myself, I had no idea of the emotional impact it would wreak not just on me, but on so many people around me and so quickly.

During this year, I have journeyed through the five stages of grief many times (denial, anger, bargaining, depression, acceptance). Sometimes I have done this over a period of days, and sometimes I have whipped through them in a few hours. Perhaps having lived with HIV for 30 years prepared me with the resilience I needed for this year. Within 20 years, I lost more than 100 friends and colleagues from HIV-related illness. I never imagined I would live through another pandemic, just as indiscriminate as HIV, but this time one that most of us has had to go through alone, without the contact of friends or family. I was disheartened but not surprised when I saw on the news in April, a shot of a garage door in western Melbourne on which somebody had spray-painted “Die Chinese Covid-19”. Immediately I recalled a terrible day in the 90s when my late friend Sonja found scrawled on her fence “Die AIDS Bitch”. Stigmatisation happens by frightened people.

Throughout the HIV pandemic, we have been there for each other, able to hold and comfort each other, but with COVID, those of us who live alone have no ability to hold a loved one in our arms. I did not see or hug my niece and her two daughters for nine months and I found that very difficult.

When the pandemic first started, like many people, I was virtually immobilised. I had many things I could have done – reading, writing, painting – but I had no motivation. The enormity of what was happening was too much for me. Emotions became unpredictable. Two wonderful women I knew died early in the pandemic, both amazons … Dr Gita Ramjee, a South African academic who for decades did great work in HIV prevention among women, and Dolores Dockery who had lived with HIV since ’94, ran the Hyacinth Group in NYC, and had visited Melbourne during the AIDS2014 Conference.

I adopted a two-year-old stray cat (from the Lost Dogs’ Home, where else), and she has been a lifesaver. She is a short-haired, grey tabby, now named Venus – my shining star. She curls up next to me each night and her beating heart and deep purring console me. 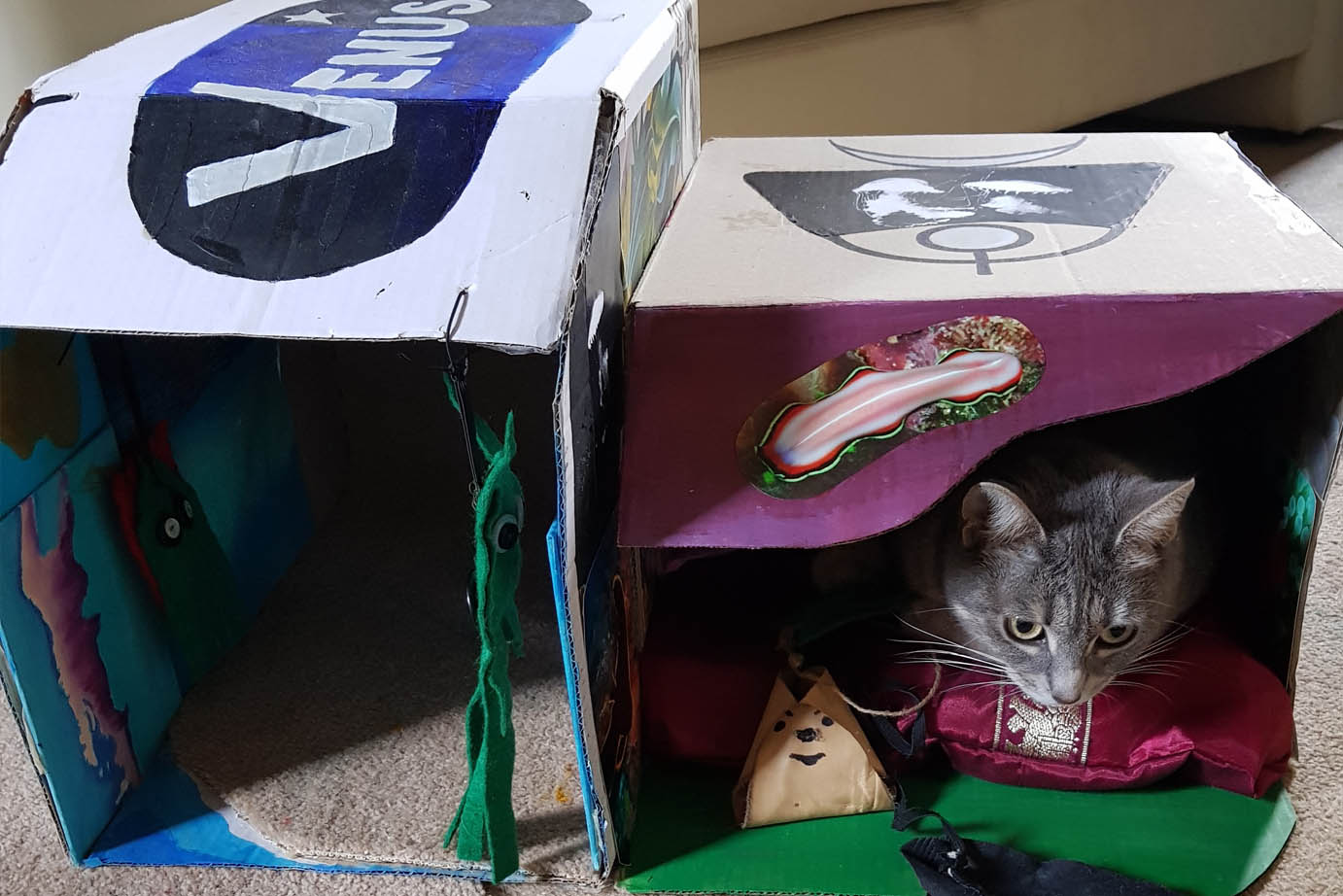 I did eventually get motivated, and managed to get into some crafting and painting. In June, I had planned to take my grandniece to Fiji, but that quickly had to be postponed for at least 12 months. So, I decided to bring the tropics to me and painted a mural outside my bathroom window. I also ran a couple of Zoom workshops for women living with HIV, which was great to enable us to feel more connected during these strange times. I had hoped to see my son again within the next year, but this will become the longest time I have ever been away from him. As 2020 progressed, I became more at peace with how radically life has changed, albeit with occasional moments of overwhelming sadness about what has happened in the world.

A decade ago in 2010, I travelled to 15 different countries in a single year, most for work. I am trying to accept the sad thought that if a successful vaccine does not eventuate, I may not be able to travel again to England, my birth country and where I still have three dear cousins and a handful of lifelong friends.

It’s not easy for any of us, but maybe because I have been through such challenging times in the past, I can cope more easily. I cry and I am robust. We can be both. I am a sociable person and at the same time, I have realised the inner strength to ride this one. I have allowed myself to play … spending 24 hours making a two-roomed box cat house for Venus, and decorating it inside and out. I have smashed crockery to make a mosaic and I have woven and felted a massive COVID particle. During my life, I have been unlawful at times, for reasons of politics or pleasure. This spring my unlawfulness amounted to standing in the middle of my road at 4am, unmasked, looking at the moon and listening to the dawn calls of blackbirds.

Having spent most of this year in one of the longest and toughest lockdowns in the world, I have reflected on how grateful I am for so many things in my life. I feel so lucky that my parents emigrated to Australia when I was a child. I am lucky to have safe, warm, secure housing and I don’t live hand to mouth. I have sufficient income to cover my needs and my modest desires, and my health is good and enables me to live independently.

Despite this horrible year, I have now lived long enough to know that everything changes and nothing stays the same forever. I have no idea how I will feel next time I am in the company of dozens of people. Many of us need easing back in. Congratulations to all of us who continue to contribute to arresting this virus. We are not going to get to a new normal for a while, but hopefully we will emerge with greater resilience. 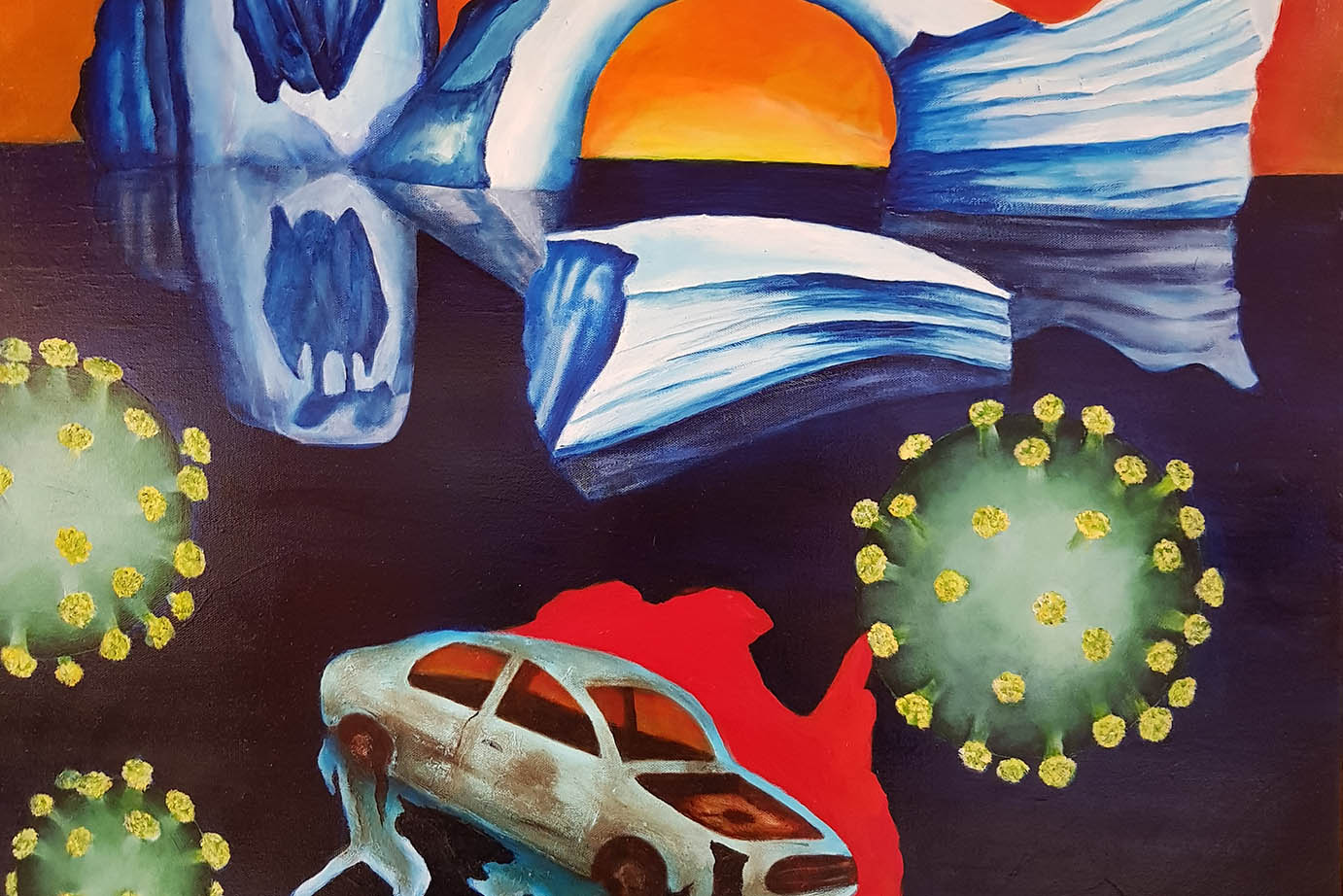